The word inspiration comes from the Latin word Inspiro, meaning bring to life. We all have our dreams, and sometimes a swift wind is needed to make them come alive, making us believe that what we really want is possible to do.

Read about my adventure to get some inspiration, listen to a pod or engage me for a lecture or a workshop!

About Kristina Paltén
Said about:

»Kristina has become symbol of “CAN DO”»

»Kristina is an amazing Inspirational woman»

»A hero, in the quest against prejudice!»

»This girl put the power in the phrase girl power!»

»Beautiful, brave woman
Showed us, all humans are capable of love
Thank you for spreading peace and awareness

»Thank you for sharing love and understanding between people of the world!»

»A huge inspiration to me… – she teaches that the world is filled with kind, helpful, welcoming people. All we have to do is embrace difference and put our fears to the side»

I am a happy philosopher who investigates the world and myself through running.

BACKGROUND
Born in Piteå in 1971, I thought life would consist of work, man, children and lawnmowing but thankfully I was wrong. After 18 years as a manager and project manager, today’s life consists of man, bonus children, lawn-mowing – and a staggering development trip where I write, run, lecture and always learn new!

PHILOSOPHY
I think every human being is created for a special cause in her life. If I do what my heart wants me to do, I do what is best for me, and also for the World. I think someone created all the causes in all humans hearts and they create a network together, and when we all fulfill our causes we will have a great world to live in. I also believe that the creator of the network and the network is the same, ie we are all God and God is everyone.

Motto: A human is not the result of her past, she is the reason for her future
Education: Master of Science in Materials Physics, educated in Journalism, Psychology, Craetive Writing, Business and has a Diploma in Coaching
Interests: Ultramarthonrunning, Adventure and writing
Goal in life: Always to develop myself

»Highest rating of all professional lecturers says it all»

»89% appreciated your lecture and 66% thought you were magic! These are incredibly high numbers for a discerning audience who is often invited to a lot of nice lectures! »

»I just want to say a big thank you for your wonderful lecture at Panduro in Malmö!!  You shared your story in such an incredibly present and honest way … I’m getting goofy just i think about it.
We all became very moved and could easily see ourselves, what’s my part, how do I want to live my life?
Everyone said that this meeting was the best ever and it was because of you coming and holding your lecture. »

My lectures are about how to create the conditions for success, regardless of what you want to succeed with, they are also about courage, how to handle the risk of failure, mental strategies, how extremely high goals motivate and engage both the individual and the organization and create positive energy to move forward . I share the knowledge of how to conceal the limitless potential of every human being and release it and what happens when we create a team of such people.

The lectures are about realizing dreams, daring to do things differently, the will and ability to influence the world, the importance of choosing my thoughts constructively and about building the positive spiral of faith in myself. They are about goals, goal setting, mental strength and self-leadership.

I hold lectures in Swedish and English and always tailor my lectures and workshops based on what the customer wishes that the participants will recieve.

»Running through fear is a wonderfully well-written book, so interesting and so personal. It raises so many thoughts about life as a whole, and inspiration to be involved and change »

»Kristina Paltén’s book “What if I make it!” is the best I’ve read about mental training. Thank you Kristina for sharing your unique experiences. The reading became the highlight of my weekend and the book is a book I will read again and again. » After several years of challenging herself physically through record setting ultra runs, Kristina realizes she wants to commit her running to a cause beyond herself. In 2015, as the international community becomes ever more polarized, Kristina decides that she will run across Iran in order to challenge her own and other Westerner’s prejudice against the Muslim world. Kristina is an unlikely adventurer, cautious by nature, but she is determined to not let her anxiety stop her. Despite numerous attempts from friends and family to discourage her, she begins preparations for what will be over two months as a single Western woman running unprotected in a country governed by Sharia laws.
Kristina is afraid. But rather than allow her fear to paralyse her, Kristina is determined to run through her fear – and in so doing try to show that many of the fears we all harbor are unwarranted. She wants to believe that, despite what the media feeds us every day, the world is inherently a good place. Will her journey prove her right?

You can buy the book at Bokus, Adlibris or through Akademibokhandeln.

In this book, you get to know the mental approaches and mental tricks I use, no matter where I want to reach. You buy it by contacting me. Contact information can be found under the “contact” menu. The book is only available in Swedish. 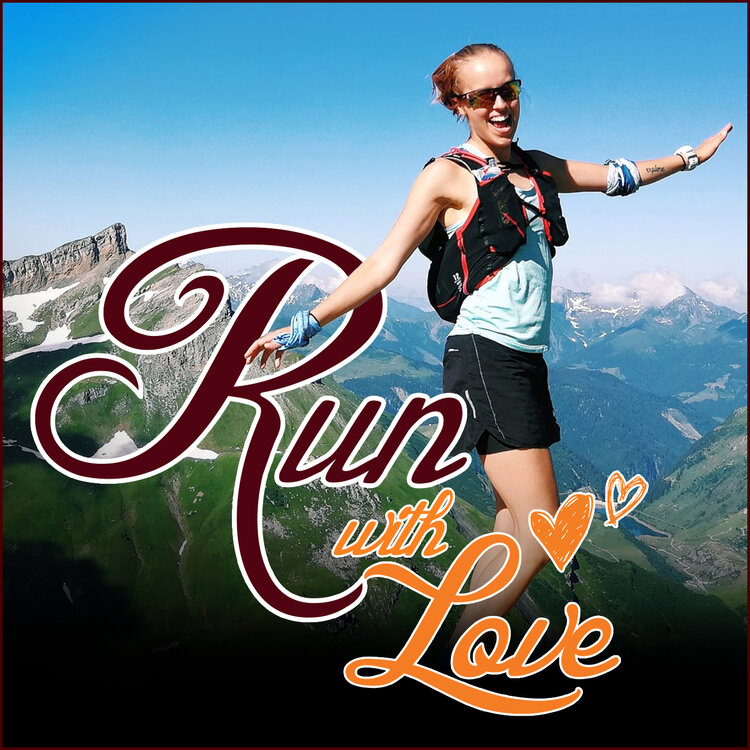 This episode is truly packed with inspiration. Running through Iran or 48 hours on a treadmill might sound crazy, but to Kristina there’s more to it than just the act of running. She talks about the importance of having a strong why, never letting fear rule your life — and loving yourself no matter if you succeed or not. War and terrorism are happening everywhere. People are getting hurt, and people are dying. It’s all falling apart, and everything seems to be going wrong. If… we only believe what the media shows us. What does this all have to do with today’s episode of The Inner Picture Stories Podcast and our guest Kristina Paltén – ultra-runner, two-time world-record holder, adventurer, and all around beautiful soul.

One recent adventure of Kristina’s,  led to a lot of media attention when she decided to run 1144 miles, alone, as a woman, through Iran.

Well, I will let Kristina tell you all about it during the interview

-How to embrace your fears and let them guide you

“I’m honored to have the super-woman Kristina Paltén on the show. She is the Swedish ultra-marathon runner with several World records, who one day decided to challenge herself and her own fears for the unknown in an extreme way. Kristina ran 1,840 KM through a muslim country with sharia laws and almost lost one of her best friends in the process. If anyone knows, how to confront and manage fears it must be this woman. Prepare yourself as we take a journey into the psychology of an elite runner.

On this episode we examine the following topics among others: In this episode Kristina and I chat about the impulse that led her to undertake her remarkable journey, the resistance she met along the way, and what she in fact experienced once she was running through a land, not able to speak or read a word of Persian, and subject to the strictures of Sharia laws.